This concert-spectacle for four musicians, musique concrète and theatrical elements could be considered an ode to paper and writing as vehicles of our thoughts of life. Therefore it begins with Zettel (2000-2002), a dream-like sequence of unspecified scenes, like short remarks on an unknown subject (Zettel is German for "scraps of paper", to indicate that there is no storyline, but only loose ends).

In 2003, Victoria Harmandjieva created a beautiful movie for Zettel, showing the surfaces of handmade (yet blank) paper like a desolate landscape. Her film marked the beginning of work on De page en page. She wrote:

"When I created this cinematographic fragment, I was guided by the idea that paper is not longer just a medium but a completely independent and free material. Indeed paper speaks and moves without writing, simply by being exposed to light, wind, sounds and time. (...) Thus, during the performance of Zettel these independent elements are brought together. Image, matter, music and performers coexist. An event takes place from this coming together, from this juxtaposition."

Originally, the piece Zettel was written for two piano's only. It was meant to be a collage of different kinds of music, including a chanson by the 15th century composer Du Fay. When ensemble Face à Face asked for the score in November 2002, I decided to recompose it. In the new version I managed to create a music which is essentially poetic: like the meaning of a word in a poem, each element's function in this composition can change depending on its context. Consequently, the musicians repeat short fragments in variable tempi without synchronisation, finding their way through the given canvas of time.

In Mots premiers (2003-2004), the second part of De page en page, words appear, although initially without making any sense. Keeping in mind Marcel Duchamp's enigmatic note: "Conditions of a language: the search for prime words (divisible only by themselves and by unity)", it is mainly the word's sonic qualities that are explored.

In the third part Feuilles écrites (2004), the music of Zettel has changed its shape and has become meaningful in a new context of language: in six short musical scenes, the power of words is illustrated, from the naive future hopes of Carnet retrouvé, painful memories (Brochure d'autrefois), the news (Avis de recherche), the language of power (Dossier «Y»), stammerings about death (Partition d'un Requiem), to the melancholy reflections in Journal intime. To this part, Pierre-Alain Brandt made six short films as a searching comment to Victoria Harmandjievas texts.

In the last part, J'ai oublié... (2004), the music of Zettel is reconsidered once more, looking at everything from yet another angle: that of something that happened long ago. The difference between past and present yields a new, mature regard we have on the world. In this piece, the music is mainly electronic and the musicians dance to a choreography of Bertrand Lombard. The title is J'ai oublié... (I have forgotten) because even in forgetting there is always some memory: "I have forgotten her name, but I remember her face" (after Jacques Bens). 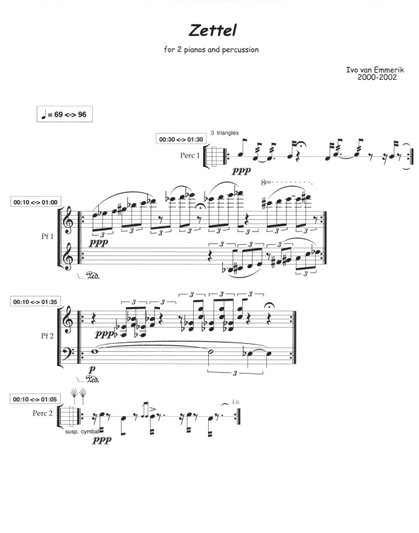 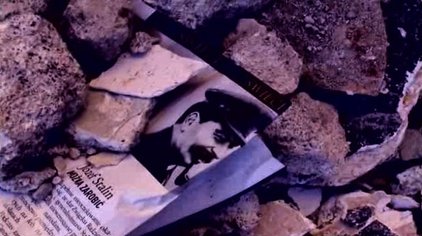